> Visually stunning (I took way too many screenshots) and the ambience is great but that's pretty much it.

It's terribly buggy (especially the 3rd chapter, figuring out how to fix the whole big lounge-like area to be able to go through it (and not fall through the (non-existent) floor the moment I step through the (invisible, supposedly closed) door, as seen on the screenshot below) was a chore since I had no idea which room is supposed to be open and which one should be opened later in the still more or less playable area - all of the doors disappeared); 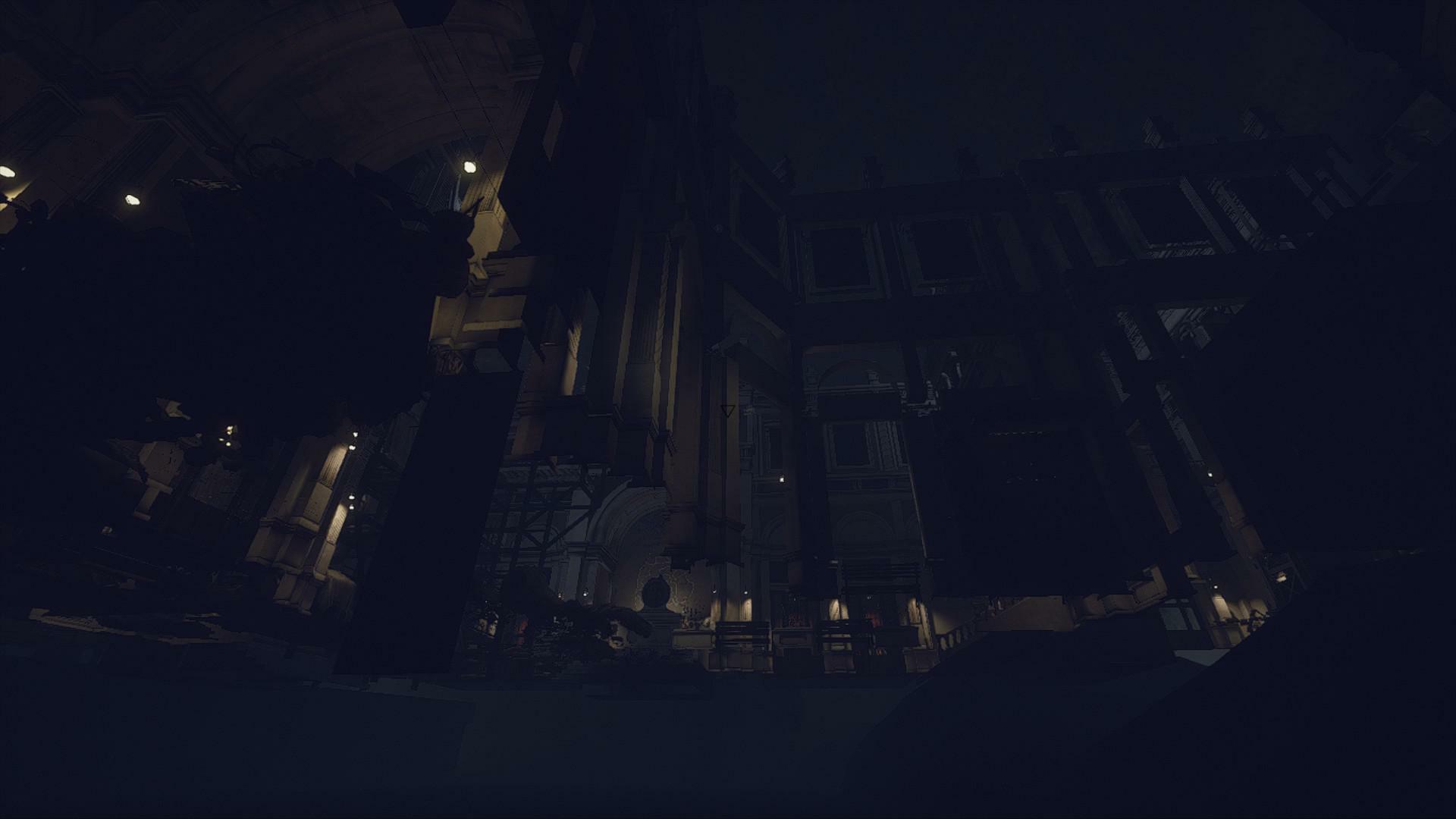 the optimization is terrible; you can't skip any dialogues or cutscenes; the animations are weird and stiff (like when you climb ladders and ledges, jump down... or do pretty much anything else); the walk speed is so slow the game gets boring after a while - sometimes I didn't even want to bother straying off the main path to explore; there's pretty much nothing to do but walking + doing some simple tasks like pulling levers or opening doors, wow...

As for the plot - you get to know it mostly by reading long-ass notes and letters, so yeah, I almost spent more time reading them (or at least some of them) than actually playing the game and honestly - it wasn't worth it. Some of the notes and signs were written in broken German, the story itself wasn't particularly interesting or surprising (though there were some intriguing lore notes), it was rather childish and over the top.

Anyway, if you're into pretty graphics, stunning places, nice soundtrack and mysterious ambience; if you don't really care about the plot; if you have lots of patience and nerves of steel - you can give it a try.
I can't really recommend it, though.
«Buggy as hell»
«Oh God i managed it»
JirashJun 21, 2021
1 user found this helpful
+1