Let's start with the fact that I don't know much about history or geography. In school you learn a few things, but there are also much more important things at that age. So I forgot most of it; nobody bothers today and nobody expects me to have a doctorate in all fields. Back to the game. Crusader Kings 3 is the game I always wanted to have, although I only discovered it this month.

In Crusader Kings 3 everything starts with the character creation, or a selected ruler on the map of Europe, a small part of Asia and also North Africa. There are many different choices here, numerous cultures and religions, and all the characters really look the part according to their origins. Great.

Back to character creation, because what do we want? Our own ruler, as he lives and breathes! For this, the game offers an extensive character editor. Here you can really click together the most beautiful, but also the strangest characters. There are numerous hairstyles, robes and, above all, features that determine the character. 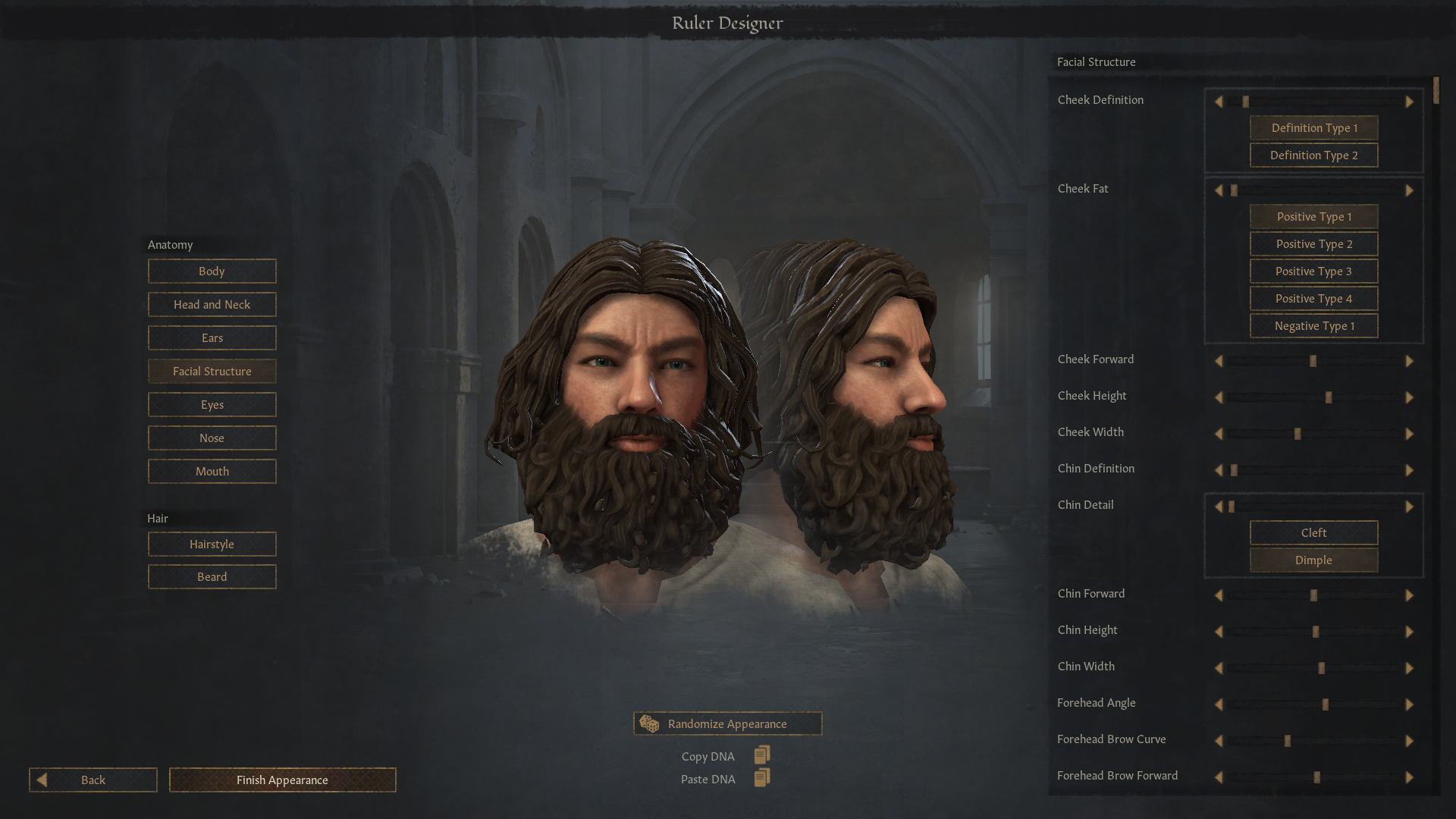 Traits are (for me) the heart of Crusader Kings 3. They determine how your ruler ticks, likes and dislikes. Depending on the characteristics of our ruler, events appear that refer to these characteristics. For example, if we have a paranoid ruler, it is difficult to recruit new courtiers. So it is possible, but it also increases his tension, because he then has to keep an eye on more courtiers. In addition, he questions every action, even actions taken by his life partner. So he also questions every pregnancy and automatically builds up tension. This all sounds very negative, but it also brings a decisive advantage: he keeps his eyes open and cannot be manipulated so easily. This is especially annoying for opponents if they are more interested in point games.

In the further course of the game, certain events also bring new fame characteristics. For example, a hired council marshal can make the ruler better at battle formation (for his own troops) and thus gain a trait that increases the ruler's art of war, even if he actually specializes in diplomacy.

Every character in the game has these traits and everything is simulated. No matter in which corner on the game map. In addition, every character in the game also feels different because they either look different or have completely different traits. You can always guess which action is the right one, but you're never really sure. However, every action and every event is always comprehensible and you know in the future what you would have done better. 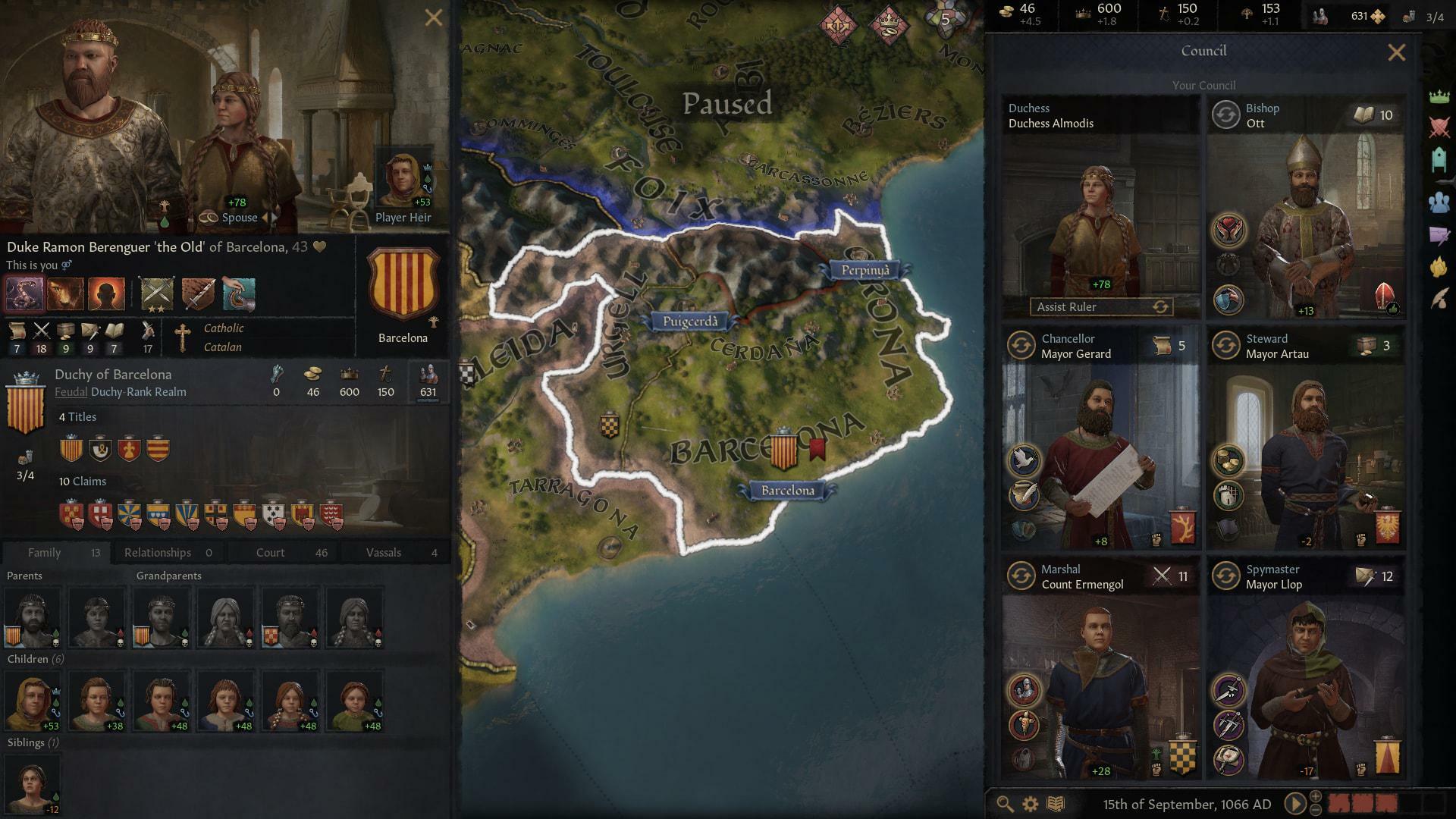 Each game turn is different, since it is determined by the characteristics, by the religion and also by the specializations. For example, a ruler who specializes in diplomacy can make friends with other rulers, who then grant him certain bonuses. For example, stress is reduced if you have many friends. Also, friends are invited to feasts, which can then trigger new events, which can be either good or bad for the own game.

A ruler who instead focuses on education tries to promote religion. It is much easier for him to establish relationships with the church, which can then help to get occasional financial injections. Also, depending on the religion, you can get rid of negative traits by asking for an indulgence (you pay a lot of gold and, with a little luck, remove a negative trait). 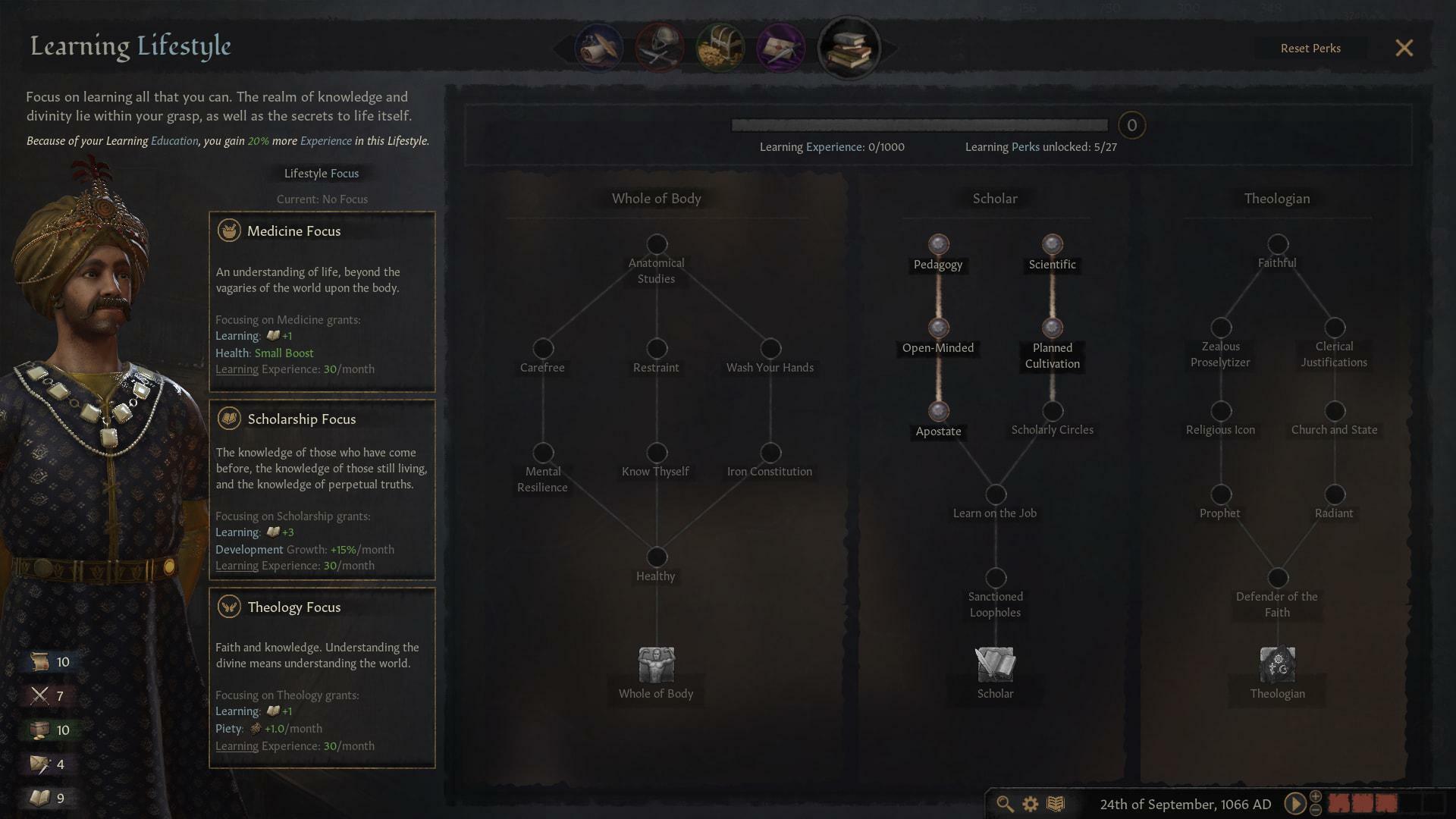 Many players also call Crusader Kings 3 the dynasty simulator. Because basically everything revolves around your own family, the perfect heir and a lot of dynasty points, which you can then invest in a dynasty tree to unlock global bonuses.

It's basically like Game of Thrones. There are characters you want to get rid of, but also characters you want to marry into other families to collect as much prestige as possible. The more prestige you collect, the more you can do on the world map - and a high prestige also makes for better relationships, because other rulers automatically have a better picture of you. You can even build good relationships with a character who is actually known for his family murder and adultery. 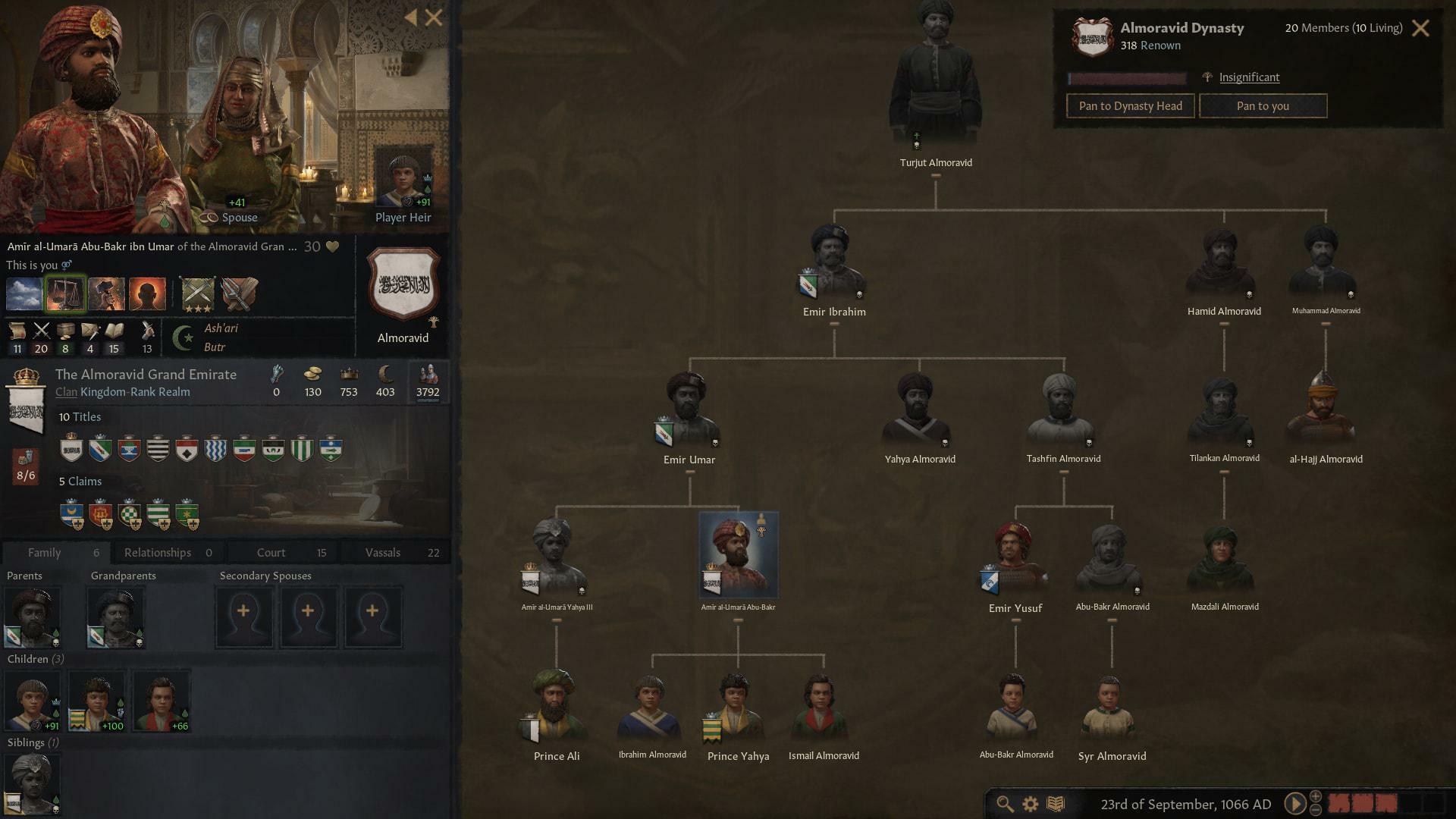 ## Purpose of the game

That's a good question. First and foremost, you set your own goals. If you want to build up a Spanish kingdom, for example, you have to make sure that you have many heirs, good relations and also well coordinated wars. Once you have the crown, you want to keep it and manage your vassals in the best case so that they are always satisfied, so as not to incite rebellions. As a vassal, you naturally want to pay as few taxes as possible, so you might start a rebellion to fight for independence.

But you can also keep the foundation of your own religion in the goal and try to collect enough religion points and above all to convince followers. Everything is possible here, as long as you have enough imagination and interest in role-playing.

Without the basic interest, the game slays you with all the possibilities and without self-set goals, the game is also no fun. So it's a sandbox in the Middle Ages, on a world map, with different personalities and different stories. The game is often called a strategy game, but I don't see it that way. It's really a medieval sandbox and strategy game elements for me. But not the other way around.

In my opinion, there is currently no comparable game, which is especially suitable for beginners. The predecessors are correspondingly dry and also without 3D models for characters.

The future is bright. Because Paradox is in control, we can at least assume that there will be countless paid expansions and DLC. Currently, teething troubles are being eradicated and smaller features are being added. The last feature in December was the extensive editor for your own ruler. It's already great and I'm excited to see what else is coming. I check Steam every day for new updates.

Crusader Kings 3 has really done it for me. You should definitely check out the game. There are many YouTubers on YouTube who play the game, or at least have played it. So you don't have to buy it blindly.

* Translated with DeepL Translator
* All images are from the official website
«Blew my mind»
«Just one more turn»
«Can’t stop playing»
RandlocherFeb 25, 2021
0
Randlocher
Unfortunately, I don't know how to format the texts in a review. That's why the headlines are still preceded by the sharps.
Reply