It's awesome to see how sucker punch went from infamous to ghost of tsushima, doing such amazing work. When I started ghost of tsushima, it felt pretty different to me, but as I progressed the whole experience was becoming even better.

The map is huge and has a lot of things, which the exploration reminded me how I felt on breath of the wild, which step there's something new to do. The storyline is also great, the sidequests are amazing, 100% worth doing them. But at least for me, the combat was the best thing in this game. It felt cinematic without being limited, there's a lot of mechanics to explore and many ways to improve your character power.

I can't recommend more, this game will be for sure my first platinum and I'm really excited to see the next sucker punch titles, exploring more this world of open world games.
«Blew my mind»
«Can’t stop playing»
«Sit back and relax»
«Underrated»
«OST on repeat»
thismarcoantonioMay 31, 2021
3 users found this helpful
+3

Games is fun to start but quickly gets repetitive.  The writing is not great and the story is very meh.  The games shining star is it's atmosphere and graphics. 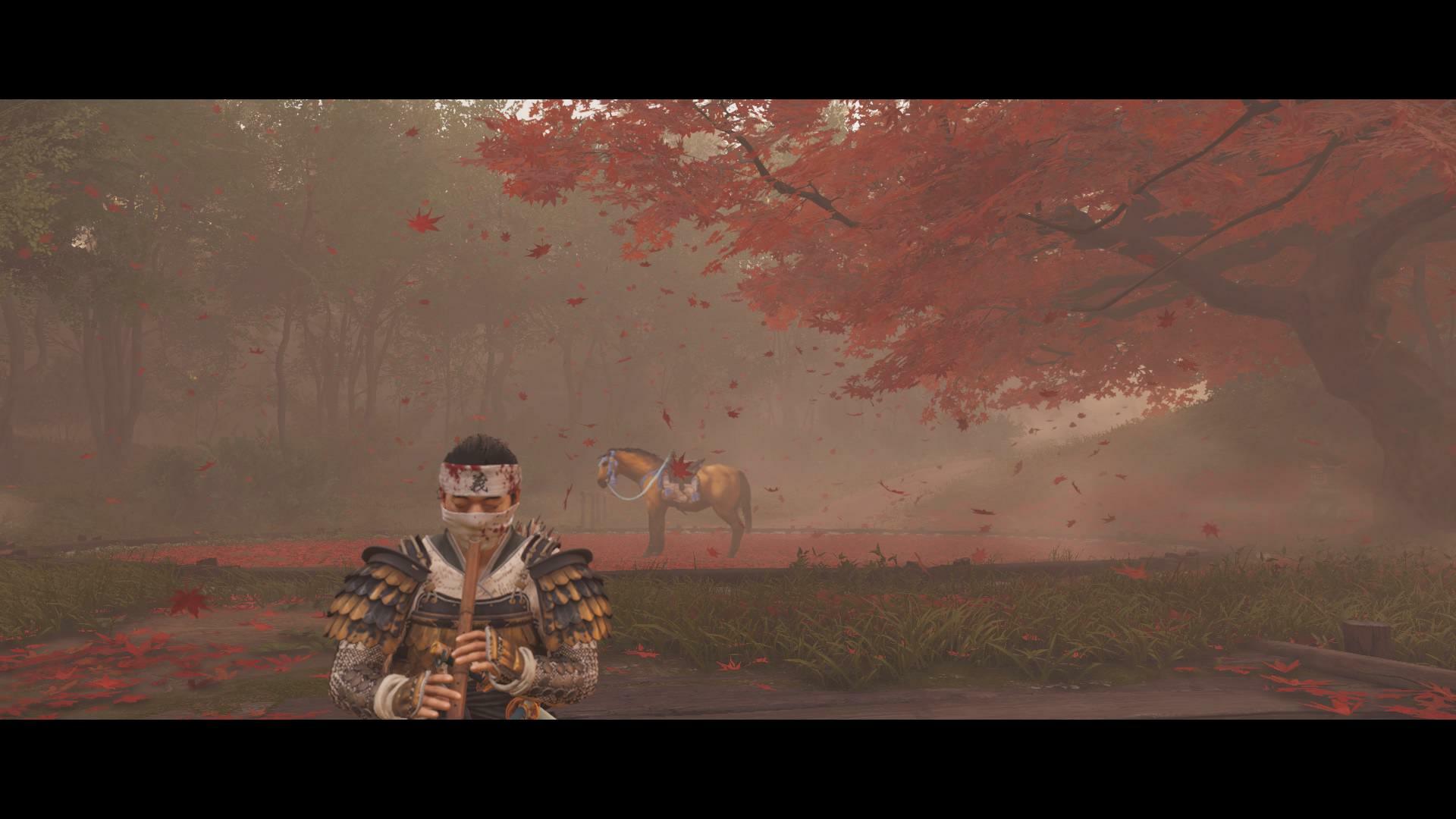 «Sit back and relax»
BelthicGamingAug 17, 2020
0
Recommended
Ghosts of Tsushima is a really fun open world experience with truly breathtaking natural environments and brilliant fighting gameplay. Right from the beginning, the game begs for you to explore its vibrant and dense open world. There are so many cool places to discover, shrines to climb, foxes to catch, and areas to ease your busy mind. These activities are heaps of fun and are arguably one of the best things about the game.

Combat in Ghosts of Tsushima is by far its biggest selling point. It is challenging, however it is also very rewarding. It is awesome just how many tools it offers the player in how they should fight enemies. The stances work super well and allow the combat to always feel intense and demanding of skill and attention. The archery is really good and the ability to slow down time for short durations before firing makes it quite useful in combat scenarios (especially for dogs). I would recommend changing the game's difficulty to 'Hard' around midway through as combat can get pretty easy once you level up Jin past level two or three.

The main story in the game is solid and features many epic missions that have you fight waves and waves of enemies in somewhat varied combat scenarios. The lead characters are quite well developed as well, however I never found myself caring too much for them.

One issue that Ghosts of Tsushima has is that its side missions can feel very repetitive. They all seem to use the same game mechanics used in the main missions and repeat them over and over in quite boring and uninteresting activities. Before I begun playing the main missions in the game I spent many hours completing side activities. In doing this I was able to realise the fairly obvious lack of diversity in the game's mission design. Most missions have you fight some enemies, search a house for clues, follow some footprints, climb something, then fight some more enemies and save some hostages. This repeated throughout the entire game with fairly limited variation. It is a flaw that many open world games suffer from, especially now that there are so many of them releasing each year.

Despite its flaws, Ghosts of Tsushima is still a solid gaming experience that is definitely worth picking up. If I could recommend anything, maybe avoid the side missions and spend your time either exploring or doing the main missions.
Read more...
«Sit back and relax»
Lochie SAug 9, 2020
0