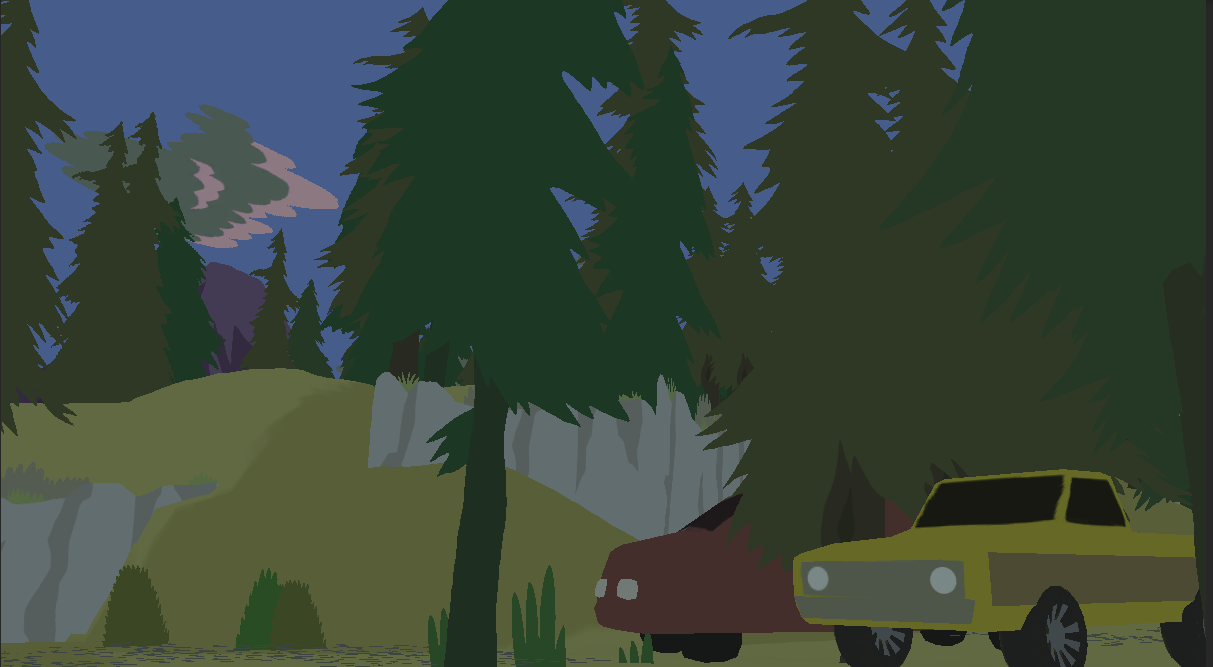 Well, this was quite a surprise.

I began playing through Little Party in a less than committed fashion, as I was not particularly interested in what I saw. I thought the choice of pastel colors was interesting, but I didn’t think much of everything else. Of course, that was until I realized the character of the mother was a vehicle for observing the real characters of interest.

But maybe not. Perhaps it is the mother’s perspective, one of reflection, that actually owns the purpose of the game. Perhaps it is her slow movements – traversing every square inch of geography available, moving in and out of conversations, silently observing, carefully considering – that give this story its purpose. I still don’t really know what Little Party is about, or what it is communicating. Surely something is being communicated, given that large, blue letters dominate the width of the screen whenever a significant action is required of you. In this way, the mechanics are directive and lacking ambiguity.

It is, however, the narrative of the mother and daughter that seems most substantial to understanding the purpose of Little Party. 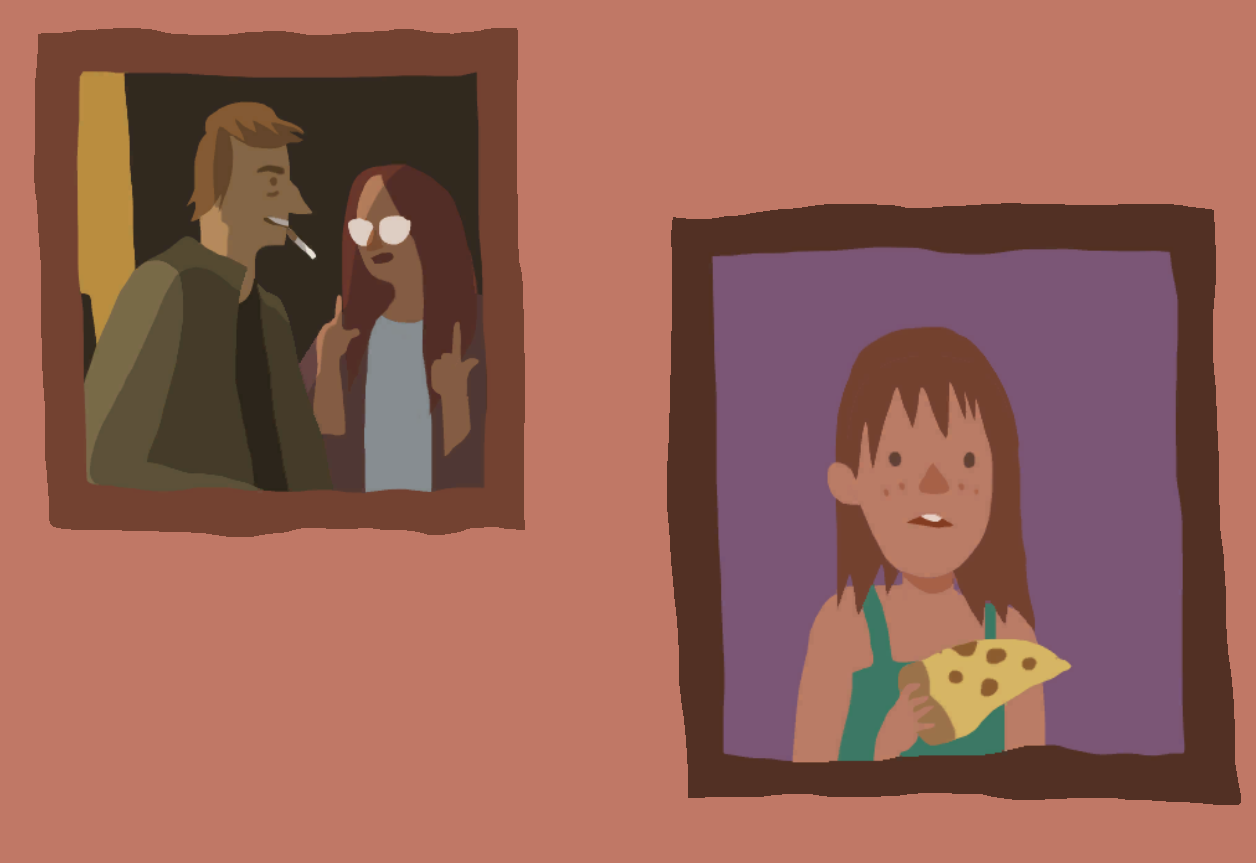 Your daughter, Suzanne, is having a few of her friends over for an all-nighter at your place in the woods. Apparently this all-nighter is a party, and this party is an occasion for Suzanne to write an entire EP in one evening. Suzanne is a musician, who in the course of the game plays both a keyboard and a guitar. The rest of her friends are along for the ride, and each character brings their own schtick to the event. One friend is a burgeoning filmmaker, lugging around his camera, perceiving drama everywhere, and orienting long shots. Another is something of a thinker, seemingly preoccupied with equations and patterns. The third friend, we learn, is a painter. I think it’s interesting that Suzanne’s friends are all male.

In the course of the evening, each character delves into their craft, apparently inspired by the forested and isolated surroundings. Paintings are made, games are played, films are shot, music is written; all of this is experienced indirectly by your character, Suzanne’s mother.

I would like to talk a little about the music Suzanne writes in the course of the game. Honestly, from the beginning, Little Party makes itself about the music. The music takes center stage in telling the story, and it serves as much more than a backdrop for the relationship between the mother and daughter: it serves as a link that brings their two worlds together. Perhaps music is not quite correct; perhaps it is more like the creative task of writing music that links Suzanne with her mother. After all, she and her mother share a few creative bonds: Suzanne writes music, just as her dad did before her, and her mother was a painter. In fact, the entire Little Party is comprised of creatives doing what they do best. 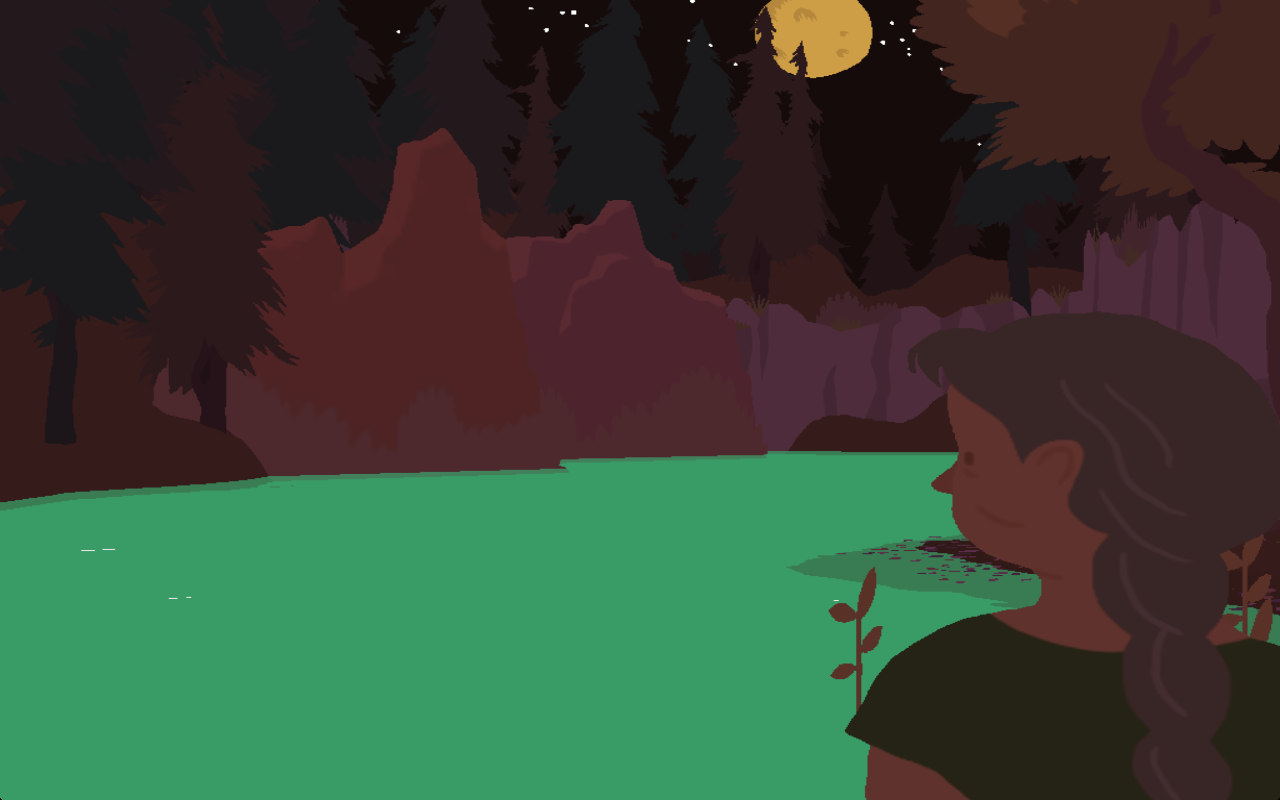 Much of the music was interesting, but ultimately incidental. It serves its purpose of showing Suzanne to be a creative, thick in the process of composing an EP. An exception to this would be the scene by the lake behind the house, when your character stumbles upon Suzanne playing her guitar. The first song she is crafting is dour and mournful. After being started and apologizing for playing a style she ultimately dubs as not her own, she turns and plays the most beautiful piece of music in the entire game. This guitar piece captured my attention and effortlessly ignited my imagination. With its grandiose, introspective progression, this piece helped me to connect with Suzanne.

In conclusion, my impression of Little Party is a good one. The game itself is simple, its mechanics are predictable, and the gameplay is clunky and unsophisticated. Still, I really enjoyed it. Its lovable atmosphere left an impression on me that I won’t soon forget. And could turn away those colors, and those (what look to be) hand-drawn characters and backgrounds? It’s all so original. Also, the whole thing really does come together nicely in the end. And as a creative myself, I relish the thought of ending my party as Suzanne ends hers.

Little Party was created by a host of people, but specifically Carter Lodwick and Ian Endsley.
«Sit back and relax»
Chris ThielenFeb 23, 2022
0