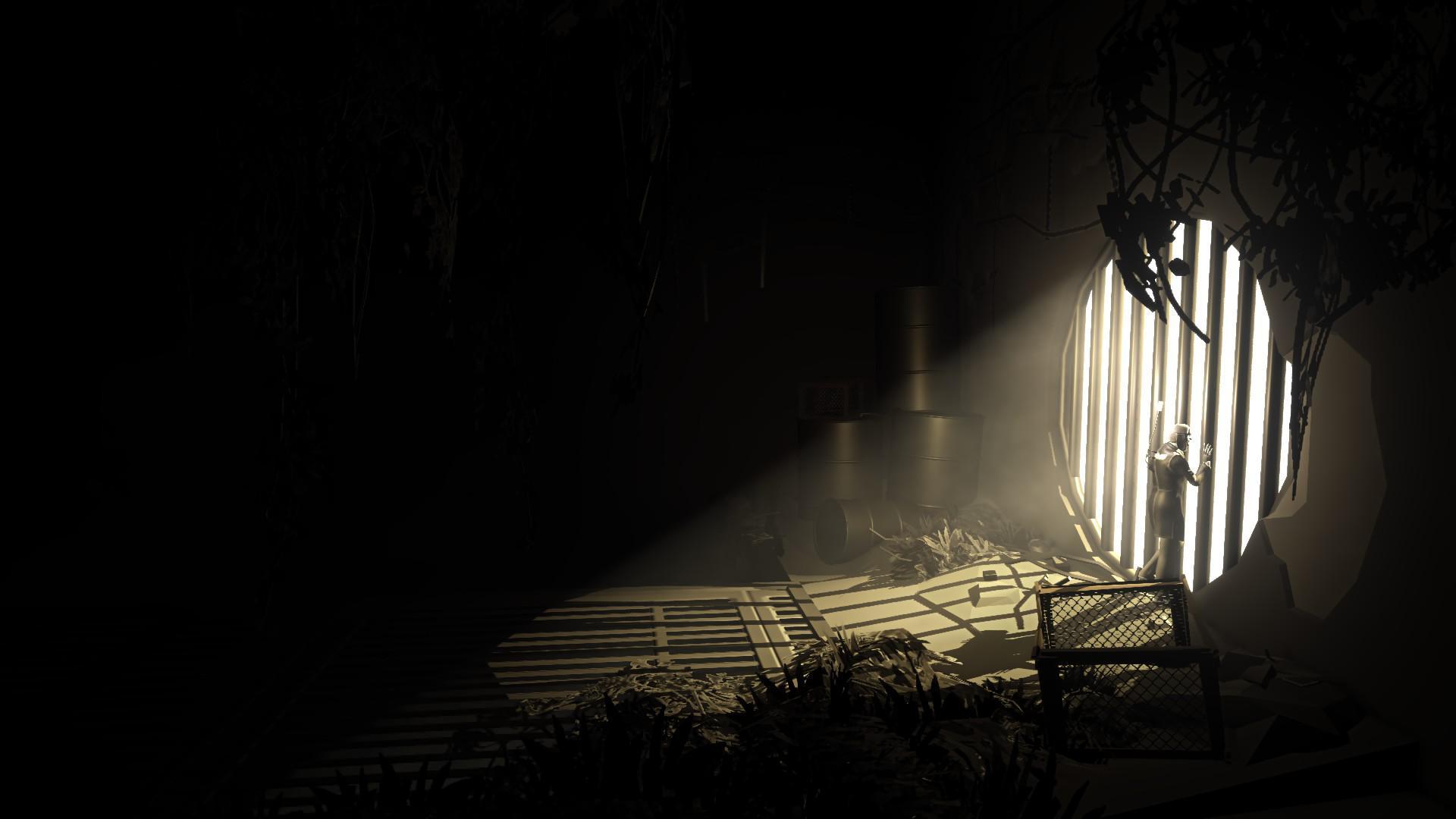 Really loved this one. Black the Fall didn't get too much praise or attention (after release when it's most needed), although in my belief it should. There are two core reasons for it. First of all, even though you barely hear or read a word in it, it's a narrative puzzle game, where the story is told throughout the environment and objects, rather than words. It's a game about factory worker trying to escape an authoritarian regime, heavily inspired by communist rule. Since I'm coming from a country that used to experience that rule, I have some understanding of its aesthetics and zombified daily life. Black the Fall catches some details to describe that era and at the same time, it's not lecturing or annoying. For example, it's graphics and artistic style, for many eyes may look half-baked or incomplete, some models are pretty detailed and animated, some are simple and ugly, some are without any texture at all. Some of us may see it as a bug, while I see this as an exceptionally realistic resemblance of communist past. Pretty much everything, starting with household items, ending with entire living districts looked that way. Some things where half-baked because there were no resources, nor sense of style, while other things looked unfinished and almost ready to collapse due to organized theft. Somehow Black the Fall managed to manifest it all through surroundings of the game, but I won't argue, maybe I see those things because I want to. For a westerner, this game may look rather different, somewhat reminiscent of old Apple ads, but then again, it's a touching aspect of the game (it would be interesting to see how it would look if we would remove communist propaganda from tv screens and replace it with modern fox news broadcasts). It shows a regime, clearly based on Ceaușescu's communist rule, but the ending gives a glimpse of a modern-day Romania and it's lingering problems. In other words, Black the Fall kind of reminds us that history tends to repeat itself and this reminder is as timely as ever. 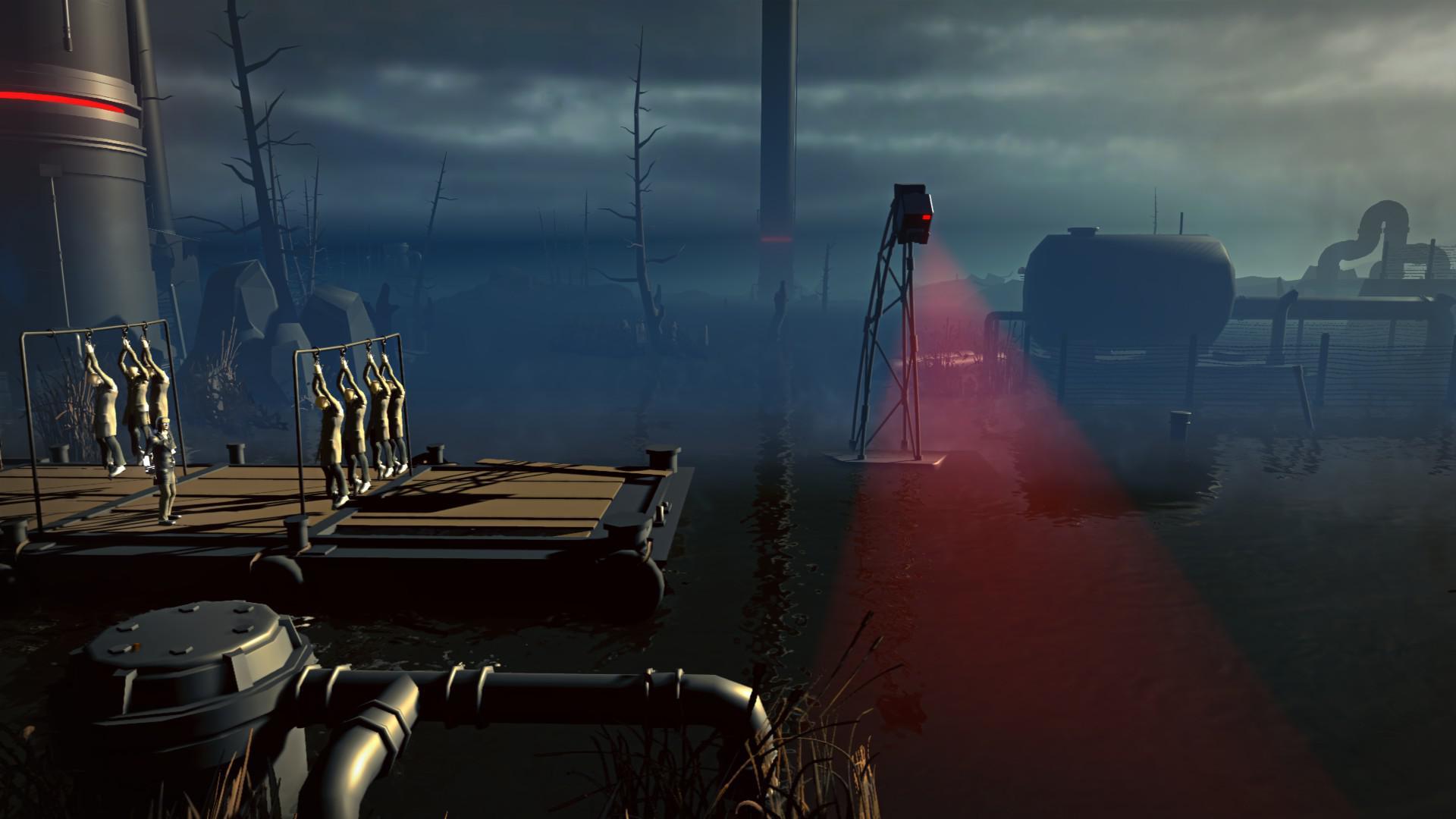 The second reason is the gameplay. It's somewhat reminiscent of a cult classic „Another World“, but also offers a variety of puzzles. Yet, the overall experience is way too short and it's probably the case where developers should've played with assets and existing puzzles to just fake and bloat an amount of content. It's a platforming puzzle game, mostly focusing on logical pathfinding problems, but also offering some cool puzzles with physics, companion dog usage, lightning or unexpectedly changing perspective. Puzzles are designed very well, since each one of them is solvable without external help, by just staring at the problem for 5 to 10 minutes. It's a perfect balance when the game doesn't feel too easy and progressing through it is still rewarding, but... Since there are no puzzles that make you stuck for an hour, overall playthrough time feels way to short for asking price of 15EUR. However, if you see it discounted, I would really recommend you to give it a go. 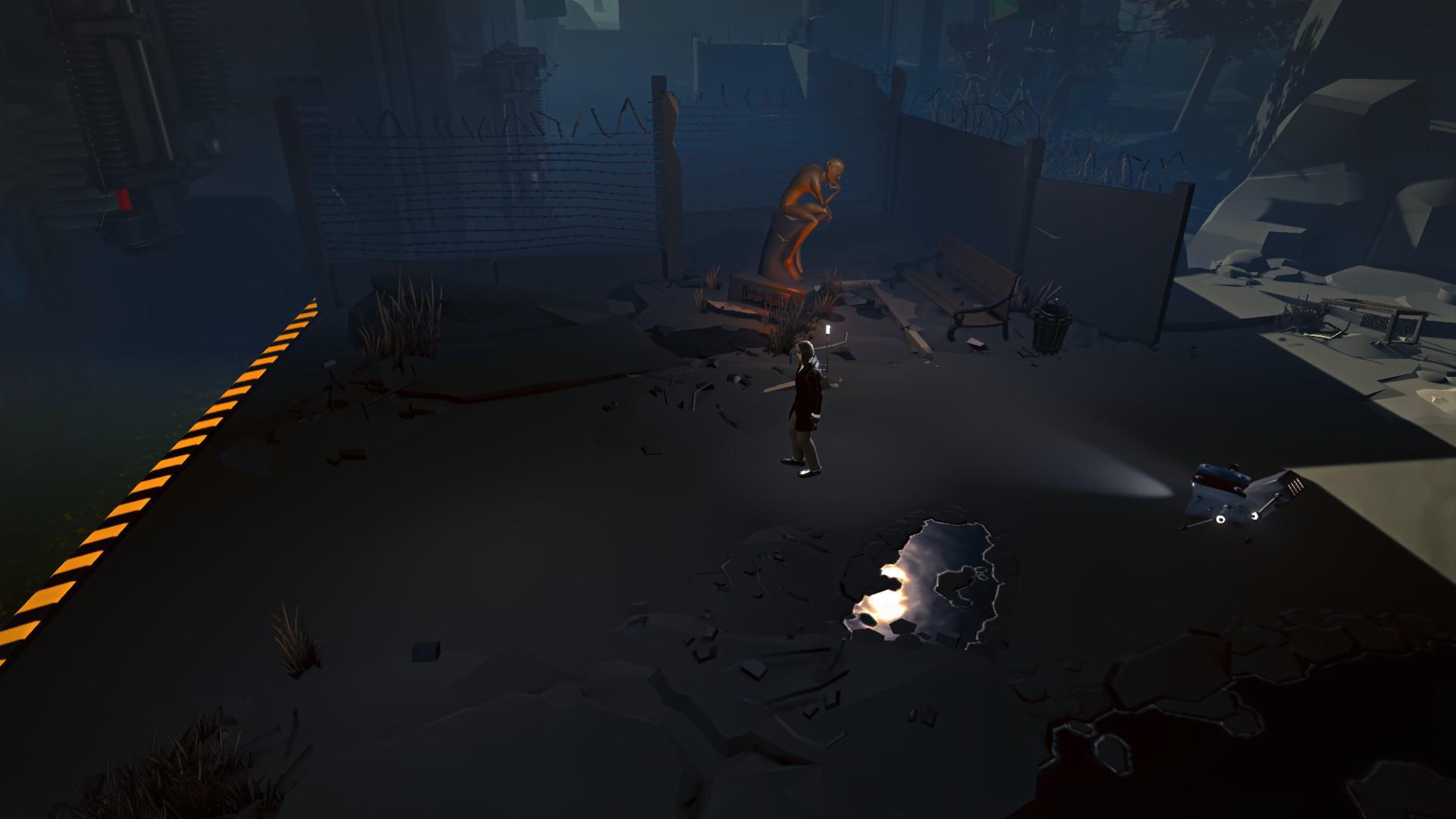 The sculpture says Larian Studios, at first I thought that I'd really love to hear the story behind it, cause we all know Larian! But it's probably just a way to say thanks to Larian, for their support during Black the Falls Kickstarter campaign.
«Blew my mind»
«Underrated»
ArturasJul 3, 2018
8 users found this helpful
+8

Meh
I only stopped playing 10 minutes ago and I remember nothing aside from the artstyle
«Boooring»
TheEmperorsEyebrowsJan 3, 2022
0
Recommended
Translated by
Microsoft from Deutsch
(The Game was Part of the Humble Monthly February 2018) People who liked Inside should definitely play this Game.
DavidGamer
Steam, Apr 18, 2019
Recommended
Translated by
Microsoft from Deutsch
Interesting and, above all, recommended Puzzle game With a good Atmosphere. The Puzzles can be solved well, even if you need a new Try every now and then. A Historic player Awaits You!
Flash
Steam, Apr 18, 2019
Recommended
Translated by
Microsoft from Deutsch
Product received for free Advance I won the Game at a Sweepstakes on Twitter! Have only tested it for a short time, but it must be said that it is really Fun to solve the Puzzles in this dark World. If you've had Fun with Little Nightmarse, you should also strike here!
Johnny Lp
Steam, Apr 18, 2019
Recommended
Translated by
Microsoft from Deutsch
Weird, dark, atmospheric puzzle game, what can I say, I love games like this. Clearly a difference to inside, not so smooth animations, but still - no loading screens, no cutscenes, no dialog, everything happens in the players head, this is what a game in this genre needs to be! And i liked the camera movement sometimes, when it chased the player around a 90 degree corner, rarely seen in sidescroller games. It's not 20 bucks like Inside and that's for a reason, 15 is mayyybe still a little bit too high ;) Wait for a sale for maybe 10 bucks. Or choose to support the developer, I guess for a genre-fan, it's still a good deal :)
Weedley
Steam, Apr 18, 2019
Recommended
Translated by
Microsoft from Deutsch
I supported the Game on Kickstarter and am more than happy with the Result. The Game is set in a dystopian World and the Atmosphere great. It all very coherent. The Graphics great. It all kept very dark just some red Lights interrupt times the gloomy world. The Music is fitting and very successful. The Puzzles partly very crisp and sometimes very simple but in the Overall Package it all fits together. The only Counterpoint I have that game quite short. You can play through it well on one Piece, though. Despite the Brevity, the Price is reasonable and you get a great Play of Play for little Money.
[TFJ]Predigiger
Steam, Apr 18, 2019
Recommended
Translated by
Microsoft from Deutsch
Very nice Game. Graphic is enchanted. The Atmosphere is incredibly exciting. What I find particularly beautiful, above all, are the highly varied Backgrounds, there are many Things happening that "so said" tell the Story. As a result, the Atmosphere is very upgraded. For anyone who likes to play Such Puzzles plateumas, such as Abe's Oddysee, the Game is definitely a Must. I play a Genre Like that Quite rarely. I played the Game after 4 Hours and I didn't have to use a Complete Solution. The Puzzles are simple, but with some it has already taken some time. The Memory Points are fair, but the current Situation is not saved. This means that some Cameras are in a completely different Position after Recharging than when you were Storing. That doesn't quite bother, though.
Tyerell
Steam, Apr 18, 2019