Project X Zone is the embodiement of "Style over Substance" where yes it does look cool as hell and the music is awesome but I can only spend an eternity killing over 10000HP enemies that are thrown at me mid-chapter until I inevitably get bored and then realize that that's what I'll be doing for over 40 hours of gameplay.
I'm getting ahead of myself, let's step back for a bit
What is Project X Zone?
It's an turn-based SRPG made by Monolith Soft (which happens to be one of my personal favorite dev teams) that features a crossover between Capcom, Namco and Sega characters, sounds cool right? Well that's because it is cool... until the novelty of the concept ends after roughly 2 hours.
Yes it is cool seeing all these characters come together and interacting with each other, we don't get much of that in stuff like Super Smash Bros but damn how could they make a game like this be so boring to play?
The answer lies in the gameplay.
The gameplay in PXZ is somewhat of a successor of the gameplay found in Namco x Capcom, a PS2 japan-exclusive title which I haven't played so I can't compare to PXZ and Super Robot Taisen OG Saga: Endless Frontier, a DS title which I have played and actually I prefer the gameplay in that.
It basically works like a typical Turn-Based SRPG where you could move the charaters around like chess pieces command them to attack, use items, use skills or stay in place. 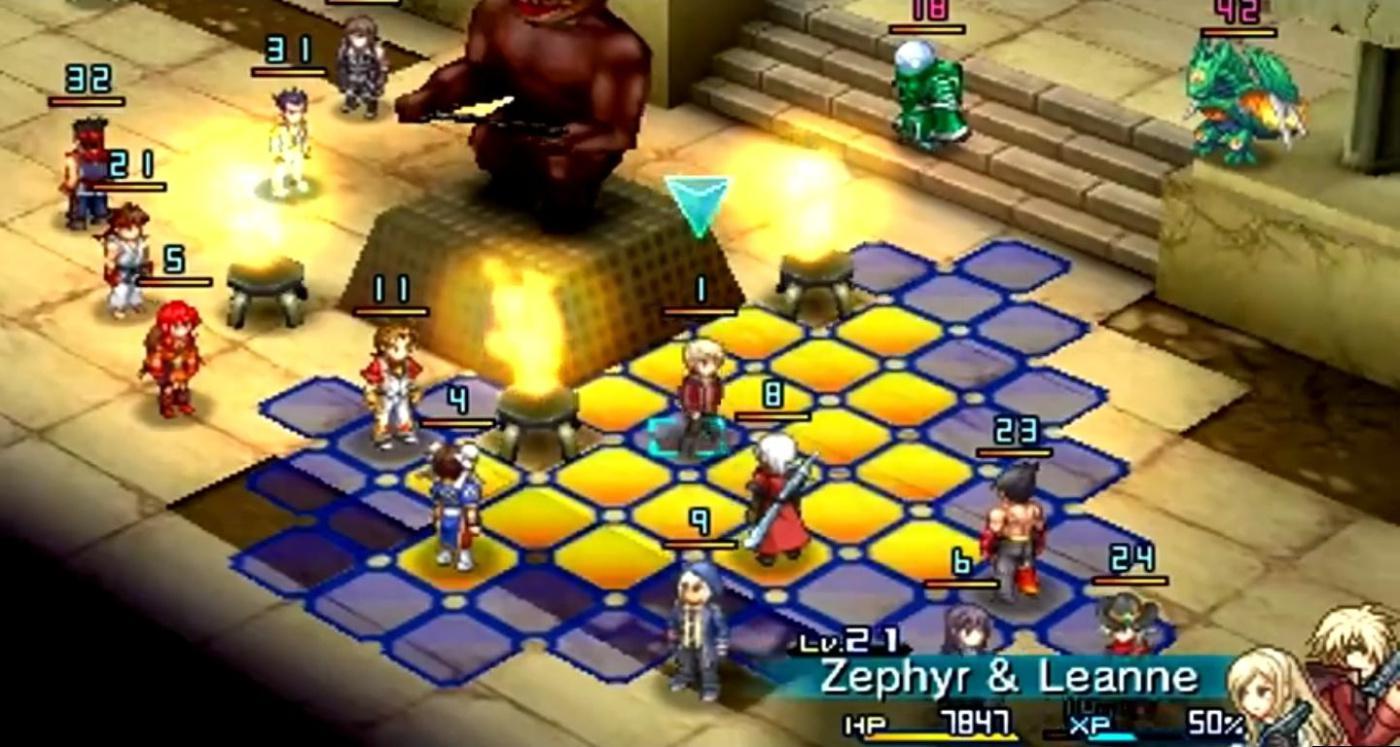 Simple, right? Well it starts to get more complicated when you go into battle.
You see when you attack an enemy you go into this sorta of a combat mode where the game suddently looks like a fighting game where only you can attack and the enemy does nothing.
In this mode you can attack by pressing the A button and following by pressing combinations of the A button and the D-Pad, by attacking the enemy they go flying onto the wall or up in the air and if you get the timing of your next attack right you'll be able to do a critical hit when they go back down at you. You can also send in support by pressing the L button for the Solo Unit or the R button for the teammates that are next to you in the field, if you combine your attacks with the support you will have this CROSS effect where the enemy is stuck in place and your XP percentage goes up faster or something.
You can execute a Special Attack when you hit 100% and on the field you can execute a Multi-Attack when you have 100% XP which attacks multiple enemies on the field, very useful but the damage you deal isn't very high. You can also use Skills that uses XP Percentage. 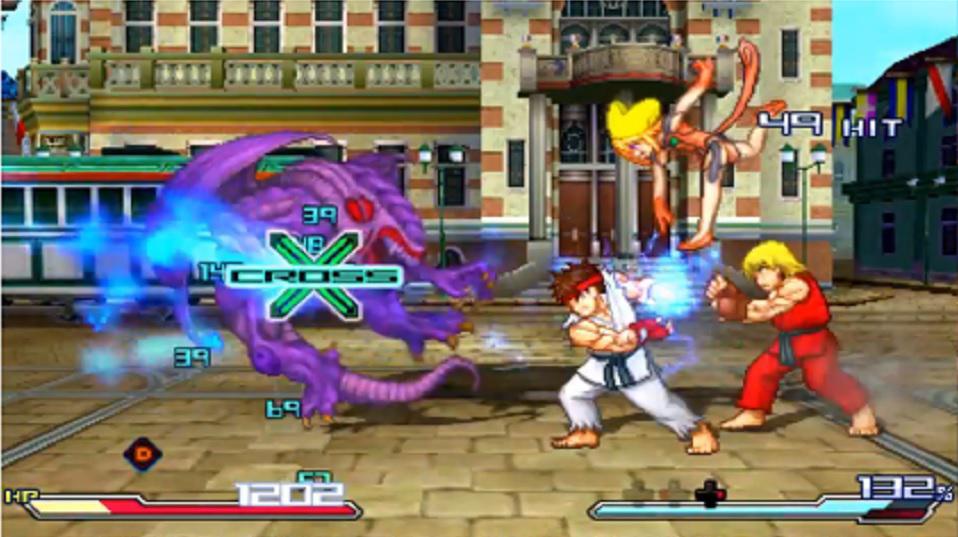 While this combat system is quite alright, It does get kinda repetitive when there's like a million enemies thrown at you with extremely high HP that you have to use perfect combos, Critical hits, both suports and the special attack just to kill one of them. I get that there are alot of playable Characters but was adding 30 enemies mid-chapter when I had already killed a couple of 10 really necessary? This is at its worse in the later chapters where it's constantly like this.
The point is that it gets old, and it gets old really fast.

The story was something about worlds merging together and this stone that was behind it and that the 2 original main characters have to team up with all the other heroes from the other worlds to stop this whole thing and have to fight against also villains from these various worlds like Nemesis from Resident Evil 3 for example. It's simple stuff that's presented as a bit hard to follow due to the references and stuff that you would only understand if you played all those games, thankfully I did play most of the games of the characters that are on this game so for me It was fine. 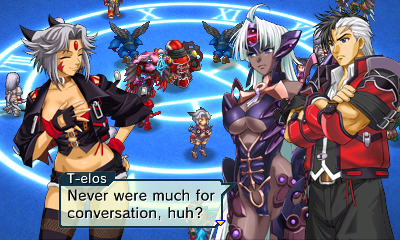 The music in this is very good, great original songs with some good remixes of old songs
There's not much I can say about it, it's just good

I guess that's all I can say about Project X Zone, I had some fun with the game sometimes but it was mostly boring and frustrating at times with all the chapters when you think you're over but then you remember that the title card of the chapter hasn't even shown up yet and then a shitton of high HP enemies show up out of nowhere. It really drags on and on. I feel like you could trim down this game to 20 hours instead of 40 if you removed like half of the enemies.

I really love the Opening animation though, It's animated by TRIGGER so that's really cool.
If I were to rate this game from a 0-10 scale I'd probably give it like a 6/10
I've heard that the sequel is better so I'll play that sometime.
«Boooring»
André BorgaDec 14, 2019
0