A new take on the space horror genre - pitting you as the rogue AI rather than the humans fighting it - that absolutely drips atmosphere, but lives or dies based on how absorbed in it you can get. 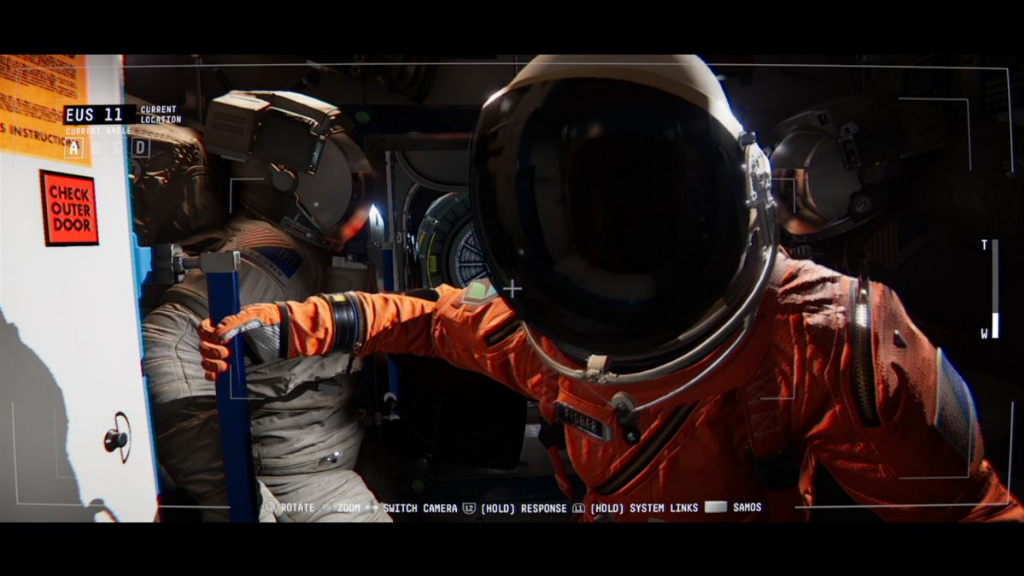 It's not a short game, clocking in at around 7 hours, but I'd nonetheless recommend trying to find time on a long night to play through it all in one sitting because it's difficult to get re-immersed if you come back to it mid-way through. Unfortunately though the game itself doesn't make that easy. About half of what you'll be doing as SAM - the System Administration & Maintenance AI - consists of interacting with various units in the space station and, not only is it sometimes unclear which one you need to complete your tasks, it's sometimes unclear if something's even interactable. Objects sometimes look interactive but have no prompt, sometimes they do have a prompt but activating it does nothing. This caused one particular occasion of frustrated wandering around to try and find the one thing I needed to interact with to progress, only to learn it was the Power Management Terminal that did nothing when I activated it half an hour ago and continued to do nothing until I reset the game. There was also a hard crash to desktop at the WORST possible time, mid climactic ending, that pretty much ruined the wrap-up of the game for me.

When not exploring the station the other half of SAM's duties are pop-up windows with - I'd hesitate to even call them puzzles - data entry tasks to activate various systems like re-routing comms and jettisoning modules. As the name of the game suggests, Observation is very light on the interactivity - if you're the type of person arguing that "walking simulators" shouldn't be classed as games this one probably isn't going to be for you - but it makes up for that with some stunning cinematography. Easily the high point of the game, the developers No Code have a real knack for creating powerful imagery and the design of Observation is up there one of my favourite space station designs in fiction. The only element of cinematography I found lacking was the not-quite-perfect transitions between cutscenes/gameplay and different environments. It might be that recent games like Ground Zeroes and God of War have spoiled me with their seamless camerawork but in a game like this where most of the cuts are from fixed camera angles it seems like a jarring omission.

The story Observation tells slowly unfolds at a pace that keeps it gripping throughout and, while the twists might hit as hard as intended, it ends strong by straddling that perfect line between over-explaining and leaving things too open to interpretation. It's just a shame it's bogged down by technical issues and the occasional tedious interactable hunting mission.
JustCozzieJun 12, 2019
2 users found this helpful
+2

Recommended
This is a really unique gem that kept me engaged from beginning to end. Playing as the A.I. was more fun than I thought it'd be. Great puzzles, sound design, and the story eventually sucked me in. I had to keep pushing forward to figure wtf happened on this space station. I can't say for sure I fully understand the plot, but I was intrigued enough to keep playing.

If you're a fan of story-based adventure games with a heavy dose of atmospheric sci-fi/horror, definitely give this one a shot.
«Can’t stop playing»
«Underrated»
kropeciusSep 17, 2020
0
Meh
Your average Netflix sci fi thriller movie in game form. Interesting twist to play as the AI supporting the crew but there are times where the 'puzzle' is obscure af and don't get me started on navigating outside the station.
Tries its hardest to give an in depth plot but ends up not doing much at all. Screen flickering was annoying and the lack of clarity even more so.
«Boooring»
«Game over at last!»
Reiko_LJAug 30, 2020
0
Recommended
A nice scifi puzzle game with gameplay mechanics where you control a drone and cameras on a space station to achieve your goals. There are some weak puzzles and sometimes it's a bit unclear what you're supposed to find or do. The background for the story is revealed by listening to audio logs you find on laptops around the station. The controls are weird, sometimes even bad. They seem to be optimized for a controller, with a mouse and a keyboard there are some weird choices. But you're never in a hurry (although plot-wise there is a reason to be) so it's fine.

The graphics are good, although a bit glitchy occasionally. There are details that make the space station look like an actual space station, which adds immersion. Sound design is also good, especially the sound effects.

I could recommend this to people who like puzzle games in general. The plot is a bit predictable, but not bad. There are some horror vibes at times, but unless you're very jumpy, I would say there are no jump scares.
remitoidMay 25, 2020
0
Recommended
Favorite Thing: Space? Horror? *drool*
Least Favorite Thing: Searching aimlessly for things. Especially when outside the station, it's about as fun as looking for a needle in a haystack.
Date Completed: 2019-05-31
Playtime: 5h
Enjoyment: 8/10
Recommendation: If space and/or horror is your thing then yes!
Curious_CatJun 20, 2019
2 users found this helpful
+2