First, let me make this clear. If you're a fan of Spider–Man this game is definitely for you, no matter what earlier relationships with games you've had. It's the best one in the series by far, also truly immersible and easy to pick up. Just stop reading and go play it!

For everyone else I must say, that it's a good game. High production values, good writing, interesting story and flawless navigation and combat systems make it into a gem of licensed super-hero games. Hardcore gamers, however, will find it lacking, due to several reasons:

• It's an open world game that can be cleared to 100% completion within 15-20 hours. So it's rather short, probably intending to cash in on sweet, sweet DLC deals.
• It's open world mechanics lack innovation. Even though everything works just fine, every activity (with some minor exceptions) is seen somewhere else, turned into a joke somewhere else, or are already gone and replaced by something new in the latest AAA open world titles. In that regard, Spider-Man is awfully classic (Do story mission, find a tower, populate the map with secondaries and pick up's, clear the map, rinse, repeat). In this case, most secondary activities are locked behind a story, to force players out and about, yet some things still get kind of repetitive. Not annoying, but that's mostly due to overall play time, again it's rather short, especially considering large, beautiful and in many ways amazing city that we're given to roam freely.
• Without Spider-Man as a character, game would barely stand–out from a shadow of latest open world/action games, yet some things remain true in any case: It's sticking to fingers, extreme fun to play (explore and combat both), well written and a bit unexpected from time to time. The game in many ways feels kind of reminiscent of Infamous 2, even hero characters are somewhat lookalike and for those not really attached to Spidey guy, I'd even say that Infamous was way better, or at least exploited city gameplay better.

I really loved token system economy for character upgrades, suit selection (Spoiler alert: I added a picture of my favorite one below :D) and tongue in cheek special abilities that come with them. So I may have lied just a bit by saying that there are no innovations at all. There is, but not enough :D.

Verdict: Recommended for purchase. Day 1 for fans and with first big discount one can get for everyone else :D.

P.S.: „Are you a trophy hunter? That's a Platinum Trophy over the weekend just right here!“. 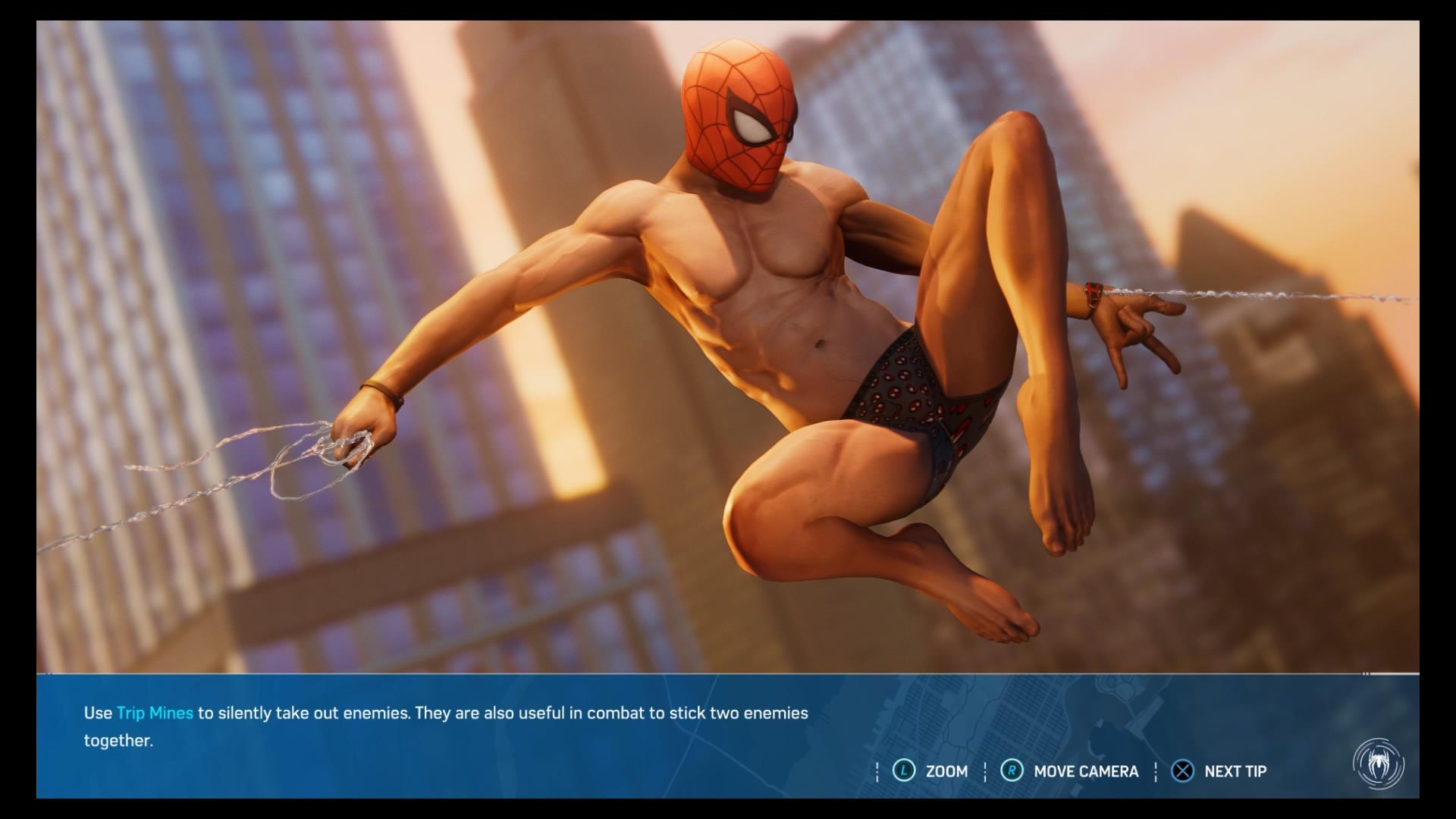 It comes with an equalizer superpower, one hit finishes anyone, including You :D
«Blew my mind»
«Can’t stop playing»
«Sit back and relax»
ArturasSep 5, 2018
7 users found this helpful
+7

Recommended
2
DraxllerAug 28, 2022
1 user found this helpful
+1
Exceptional
Loved this game! The swinging and play was so great that the fast travel system was almost not needed as it was too much fun traversing New York! The bosses were perfect yet surprised to see so many. It is a joy to come back to!
«Can’t stop playing»
«Beaten more than once»
GōtharFeb 15, 2022
1 user found this helpful
+1
Exceptional
"This game makes you feel like Spider-Man"

But really, this game is awesome. The combat is fast and fluid, the story and characters are well realized, and this game just emphasis FUN. Some of the side content could be a little tedious to complete but other than that it's a must play for any lovers of great single player games. 9/10.

Insomniac has never made a bad game
Graham KaletskyNov 10, 2021
1 user found this helpful
+1
Meh
The music loops so much with the same leitmotif that it'll remind you of Mercenaries, MJ is a total female dog but you're supposed to like her and her terrible mission parts, ALL the good guys seem like they either judgmentally quip or cry like the game is set in Portland, the vast majority of the game feels like you're repeating the same mission which doesn't help when the writing is boring and I learned very quickly to associate Yuri Lowenthal's voice with a sharp pain in my temporal lobe... but it's still fun in short bursts, looks nice and has an easy platinum trophy so, yeah, it's cheap now, why not? If you liked Prototype and think Spider-Man is neat, you'll probably love it. If bad voice acting makes you want to kill yourself and then kill yourself again in the afterlife, mute the TV whenever Screwball shows up. Imagine a mom Karen trying to be funny by dropping air mics and saying "boom" but much, much, much louder.
ChallahBreadOct 11, 2021
Nobody found this helpful
-1
Recommended
The game is well paced and has some epic moments, but I didn't enjoy it for a significant chunk of my playthrough because of how slowly the story progressed. Still, everything gameplay vise is made really good and the overall experience is pretty nice.
YoContrabassAug 5, 2021
1 user found this helpful
+1
Exceptional
Probably the best superhero game I've played. Webswinging is on point and the story is actually engaging
«Sit back and relax»
TheEmperorsEyebrowsFeb 17, 2021
1 user found this helpful
+1
Exceptional
Of course it’s dope. I’ll be playing until I get MM.
andrewleinesDec 7, 2020
1 user found this helpful
+1
Exceptional
An excellent PlayStation exclusive.  Spider-Man takes the Arkham formula, and makes just enough tweaks to really be its own game.  What really makes the game shine is it’s commitment to the characters of both Peter Parker AND Spider-Man, and the fluidity of movement during web-slinging and action.  It just...feels...right.
«Blew my mind»
seanfuciousNov 25, 2020
1 user found this helpful
+1
Exceptional
Great voice acting, bosses and mechanics are amazing, and it has a compelling story with and an emotional ending.
Videogame_lover235Oct 16, 2020
1 user found this helpful
+1