This is a review of Absolver as a singleplayer game.

Absolver has lots of problems. From the short, 2 hour campaign, to the messy level design, to the completely neutered singleplayer game, it was just not enjoyable. Thankfully I knew it was a short game, so I just stuck with it to the end so I could write my review.

To its credit, Absolver does some stuff well. It has some vistas that are pretty to look at. It's got an interesting "build your own moveset" system (more on that in a bit), and it brings some interesting ideas to the table of "Souls" rip off titles. I specifically avoid calling this a Souls-Like, because it lacks most of the important aspects of souls-likes: story, level design, interesting gear, interesting enemies, and playstyle variety.

There's a lot of small things that add up, like the questionable music choices, the automatically progressing text boxes, strange respawn bugs, enemy placement being somewhat random and inconsistent, and clipping character models. Then there's the major problems. Movement speed in combat is horrendously slow, and the "dodge" (if you can call it that) is completely useless as a spacer. It's so bad that I often found myself completely exiting combat after stunning my opponent to walk away and recover my stamina. In order to get some of the best equipment, you have to play multiplayer. You also are rewarded pitiful amounts of currency in the singleplayer. By the time I finished the game, I had enough currency to buy exactly 1 of the cheapest pieces of equipment (which still outclassed all the equipment I found in the world). The story is nonsense, and NPC's seem to warp around the map at will only to deliver out of context lore snippets every time you talk to them. The enemy variety is nonexistant; every enemy in the game is exactly like the player, just with more/less HP and hitting power and occasionally different moves. Speaking of moves, you unlock new moves by blocking or dodging that move when used by an opponent. In my entire time playing, I never unlocked a single new move. It's simply not worth it to bait out your opponent, and if you don't play online you likely won't need those moves anyways. There's likely some more mechanical complexity to be had behind the combat system itself and building your own movesets, but it's not worth learning when you can clear the entire game without it. Finally, the level design is utterly forgettable, to the point that I was getting lost when I couldn't tell one demolished building from another.

There's an additional PvE gamemode (Downfall) unlocked once you finish the game. It consists of somewhat randomly generated gauntlets that you can play with up to two friends. It also features the game's first (and maybe only) enemy that cannot be stunned or staggered. There's more equipment and extras to unlock by playing this over and over, but I found it tedious after the first couple runs so I stopped.

I'm sure Absolver has more to offer on the PvP side, but if you're like me and mostly stick to singleplayer and/or co-op experiences, then Absolver is pretty below average and absolutely not worth the asking price.
NafaryusDestinyMay 9, 2020
0

Skip
Translated by
Microsoft from Deutsch
Absolver is an extremely well accomplished martial art game, with a really nice open world. You can develop your very own Style in a combat deck, which can include up to 16 different moves and in addition you can create another Deck for weapons again with 16 moves. In Combat, you can vary them extremely well, so that you not only always have the same course of attack. There are over 90 Attacks and again over 60 Sword Attacks to learn! You can customize your Character with a wide variety of Garments that play a Role in Defense and Speed. The PvE Fights are partly challenging, but also a little annoying when you attack around the 5 People, because there is not really a good crowd control, in addition to the confusing Camera perspective, if you are driven into the Corner yourself. In The PvP, however, the true Strength of Absolver lies when trying to see through the Opponent's Tactics and Combat Deck in order to be able to counter them in a targeted way. Unfortunately, Absolver also has sometimes large, unmissable quirks, such as the Long-term Motivation that is really missing from this Game: No ranked game content, you can raise your Combat Trial Level, but that's already, no matter how good the PvP is, it will be Bored, if you have too strong, sometimes too weak in Alternation again and again. A Ranking would add some Prestige As well. -Trade, it is not possible to exchange collected Items, so what is almost a Must for any major Multiplayer game Co-op/multiplayer, you can play through the Story of Absolver in the Co-op, but this is a relatively short Time, because after 5-6 Hours this is already By, after that you almost go their separate ways, because you can only fight against each other, but you can't do it anymore. There is a lack of more story content or more PvP content in this Reference that you have 2v2 or 3v3. 3v3 Mode is supposed to have been announced since August, 3 Months have passed and the majority of the most of the people who started playing Absolver at the time have already stopped playing the Game. I don't want To blame the Developer Team for Laziness, but new Content came too slowly, then you'd rather have left the Game in an Early Access state For the time being and then be able to publish it when all the planned Game Models had really been ready. In spite of all this Game, due to this so well managed Combat system, you can always look in, because the Fighting is just Fun, but in the meantime you should always take a break and at a later Date Look in then. I'm very hoping for a Revival for this Game
Read more...
söan
Steam, Apr 18, 2019
Recommended
Souls-like fighting game? I'll take that. Enjoyed pretty much every moment of it.
«Constantly dying and enjoy it»
Tim ErmilovFeb 8, 2018
3 users found this helpful
+3
Meh
First, I'd like to point out some great features. There's a unique combat system, you can build up your own fighting style from the small elements. The game is not really that difficult so you can just smash around the buttons and block enemies' punches and that will probably get you through 90% fights (this obviously concerns only single player mode). But learning new moves (you have to block incoming blows to learn them, which is very inventive) and tinkering with your own combos is fun and rewarding though. This was the main thing that made me stay with the game for some time. 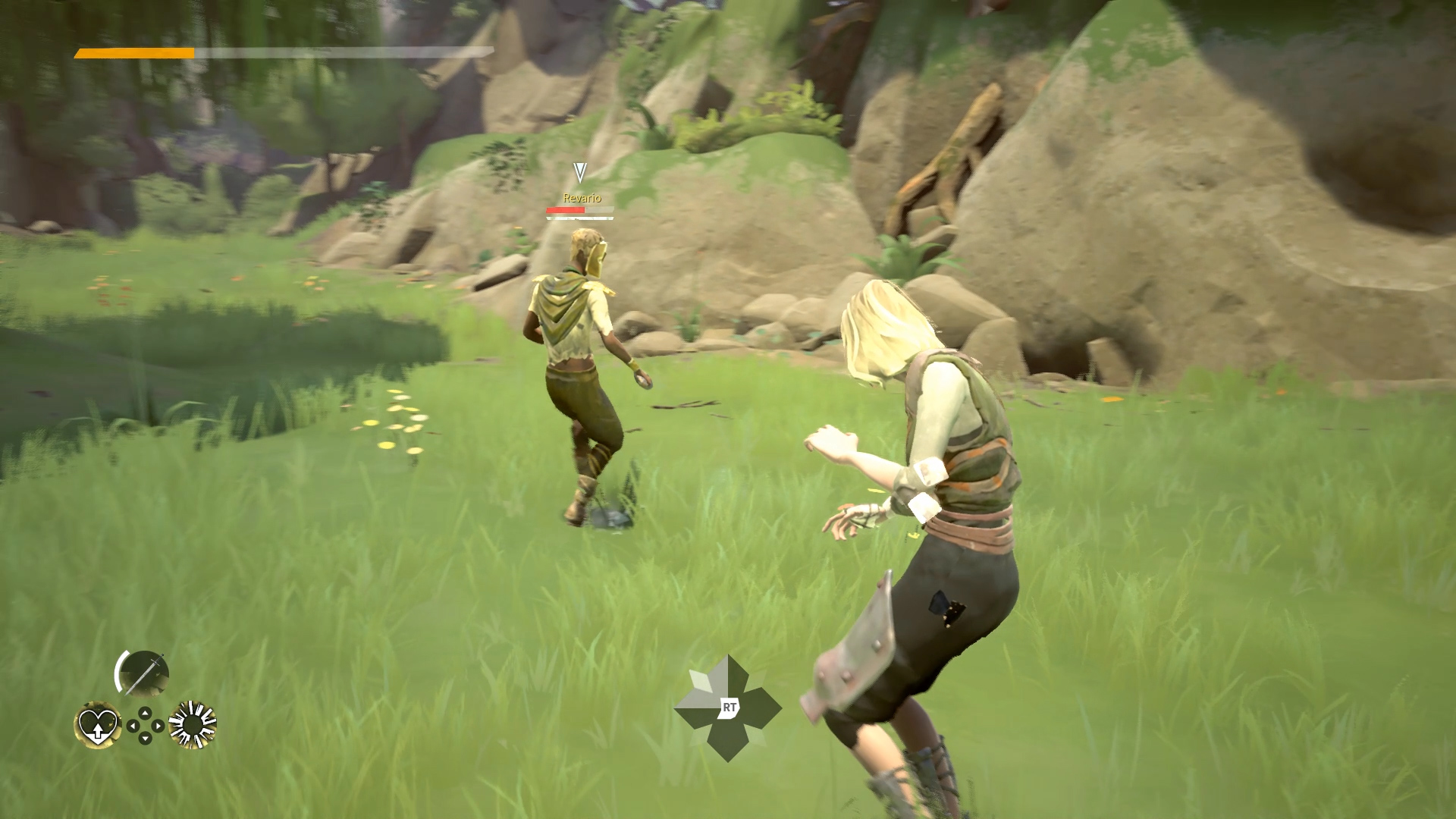 Overall, I'd give this game 5/10, since it is a good example of a fighter that is playable on PCs with heyboard+mose (which I like very much) and the game brings something new to upgrading and combat in general. But the single player and the glitches made me quit the game halfway through. If you love a good hand-to-hand fight online, I would definitely recommend the game though.
Read more...
«Buggy as hell»
«Disappointment of the year»
Serge UlankinJan 8, 2018
2 users found this helpful
+2